Every day brings new reasons to wonder . Today we were absolutely surprised with unique understanding of geography by the “Pervyy kanal” tv channel in Russia. 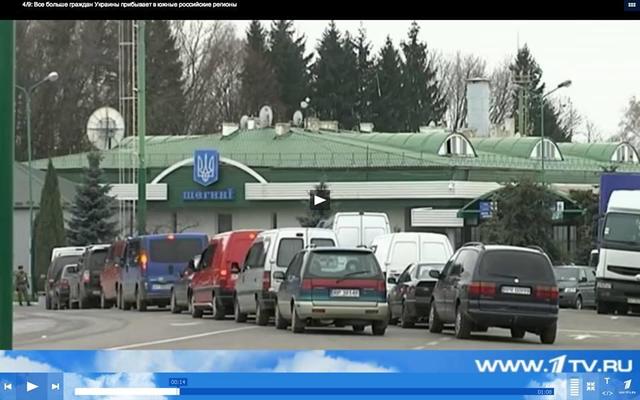 more than 140 000 people crossed the Russian border in the last two weeks. Among them are not only the residents of Ukraine’s East and South, but also of central and western regions.

We are ready to believe the fact that inhabitants of western regions cross the border, however it’s claimed that people of Ukraine come to “Kursk, Belgorod , Rostov and Bryansk regions ”.

We’re curious whether Poland is aware that it is the part of Russia. Border crossing point Sheginy (the sign can be seen at 00:14 on the video) is situated in Lviv region and is a checkpoint on the border with Poland.

The project team hopes that the management of the First Channel will deliver a reprimand to their employees and will force them to love geography – after all, in a ticklish propaganda and fake business such mistakes are a major failure.